The History Of The Limousine: 2 Interesting Facts

The limousine has become synonymous with wealth and prestige in today's society, but this luxury vehicle has evolved considerably throughout the ages. Taking the time to learn some interesting facts about limousines will help you more fully appreciate these vehicles the next time you have the opportunity to ride in one.

How Did The Limousine Get Its Name?

Have you ever taken the time to think about the word "limousine"? The etymology of this word has long been considered fascinating for motorcar enthusiasts. The true history of how the word "limousine" came to describe a luxury passenger vehicle remains a mystery, but there are two dominant hypotheses regarding the matter:

Where Did The Stretch Limo Come From?

Although many types of vehicles can be classified as limousines (executive cars or chauffeured vehicles to name a few), most people think of the stretch limo when conjuring images of a limousine.

Here are some interesting facts about the stretch limo that might make your next limousine ride more interesting:

Limousines are often associated with the prestigious and wealthy sectors of society. Although these luxury vehicles do play an important role in transporting dignitaries and prominent business officials, limousine rental services have made it possible for the average person to enjoy the thrill of riding in a limousine.

The next time you have the opportunity to be transported in a limousine, by a company such as A Prestige Limousine, be sure to keep the history of these luxury vehicles in mind. 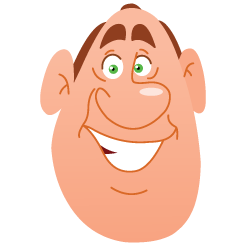